Luminous articles are we writing, not this...crude matter. Let's get to talking about one of the most interesting commanders/DJs from the wave, Luminara Unduli.

Let's talk about the card for a start!

Why Play Her?
Quoting myself from before, she counters Sloane.  Admiral Sloane, to quote her card directly, "[a friendly squadron] may spend 1 die with an [accuracy] icon to choose and spend 1 of the defender's defense tokens." Luminara says "while a friendly ship or unique squadrons is defending.... if it spent fewer than 2 defense tokens, it may either ready 1 of its defense tokens it did not spend, or choose another friendly ship at distance 1-5 and ready 1 of that ship's defense tokens."
Sloane/her squadrons are technically the one spending your ship's defense tokens (notice the card's use of "it" there!), so since Luminara didn't spend that token, it can be readied by her ability (if it still exists, we'll get there!).  But if the token was exhausted already and Sloane's squadrons spend it, the token is gone and Luminara doesn't get it back.  Luminara says "ready" a token.  So if you are being hit by a generic TIE fighter and it rolls an accuracy against you, you can spend 0 tokens and ready that token after the TIE attacks. If a TIE Phantom hits you for 2 damage and an accuracy, exhausting your brace, you can spend a different token (you can't spend the same token twice (RRG p 5)! you can't spend things that have been targeted with the accuracy icon (RRG p 2)) if desired.  THEN, you can refresh the brace that was targeted by the Phantom, but not the other token you spent (Luminara specifies a token it did not spend).

What this actually means for you: Luminara is kind of a soft counter to Sloane.  Assuming you don't spend any tokens, any squadrons who come in first and try to soften you up end up having the defense tokens they exhausted end up unexhausted.  This works on both her ships and her squadrons (if I spend my OTHER brace, my first brace is a token I didn't spend so it can be readied).  For all of you Sloane diehards who feel this makes her unplayable, cry harder just send your squadrons in AFTER your ships to spend the tokens that are now red after she takes the brunt of your ship's attacks.  Luminara doesn't immediately negate Sloane, but she does offer ways around her standard form of play, so long as you spend the tokens in a specific way.

Otherwise it seems like not that powerful of an ability at first glance.  Why spend only 1 or 0 defense tokens every time? Ahh, but the trick is to figure WHEN to spend those defense tokens.  If your opponent has an HMC80 and 3 CR90s attacking you, you generally know when you're going to need to use that brace. This means you can spend the other defense tokens on her ship(s) as needed. In practice, this means at least one Local Fire Control Venator with dual salvo tokens, refreshing one salvo as you fire with the other one.  It's going to take a big ship to shut that down, and with the Tranquility title (practically stapled to her in my mind!) you can guarantee that you're fake redirecting smaller hits. You may have to spend 2 tokens after one attack, to keep your ship alive and ticking.  Just make sure the NEXT attack you can try to return to your normal pattern, so you can use the "repeated salvo" combo again.  The benefit to doing this is that your opponent is going to need to start to target those salvos with accuracies, which isn't preventing your actual defense tokens from being used to actually defend with.
Common Ships
The Venator is a great starting point for her and one I would be certain to use/build around.  Other than that, it's whatever you want to be able to refresh multiple tokens in one round and how that helps you. I'd think, if you can get it JUSSSSSSST into range, the TB-73 Pelta (extra Evade token) for either Reactive Gunnery or just repeated evading over and over seems delightful to ME. You can include an Implacable Acclamator, of course, as a bodyguard, which will likely be trying to flip between brace/redirect and salvo on successive attacks. Whatever you think works best for you, really.  But mainly, the commander that comes with a Venator wants a Venator.
Fleet Building
Generally a Local Fire Control Venator should be a start, with Flak Guns and DBY Turbolasers to get the meanest salvos you can.  After that, it really turns into what you want to supplement it with, which may in fact BE a second Venator.  Of course, then you need to power UP those Venators... so a Comms Net friend isn't out of the question.  You need a reason to use her ability over taking a different commander. Yes, being able to brace 3 times in one turn if needed is relatively cool, but to GET that you're going to need to be attacked multiple times.  Either with salvo, Expert Shield Tech redirects, evade at range, or the good ol' brace token.  Just having a reason to refresh the token is nice, but being able to exploit a refreshed token is better. Your squad group is going to be smaller, as having 4 tokened aces is enough.  If you're trying to take a LFC group with her, may I suggest Plo, Bail, Tarkin, or Yularen instead? She wants SFC/MFC groups, of which I added a few new ones to the squadron groups page for her.  Your yellow objective is likely to be either Asteroid Tactics or Fleet in Being, both of which I like.  Or something with dust fields, because Onagers sure still exist.  Just make sure your fleet has a way of constantly flipping tokens back and forth and that you get something out of doing so. 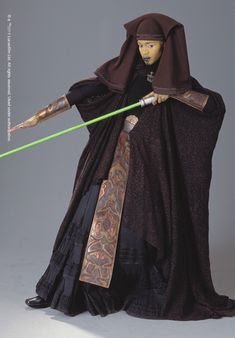