I told you I'd let you know when things changed! We'll see more major changes I suspect as time goes on (wave 6 woot!) but I wanted to add some Vassal examples to the TIE Fighters article to both break up the wall of text towards the bottom but also to illustrate the points being made.

So FFG just released its preview article for the Quasar. If you haven't read it yet, please do! 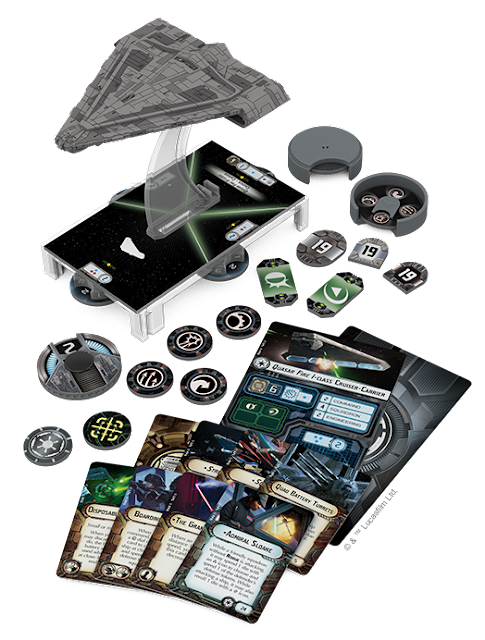 A Quick Discussion on Worlds and the Status of John's Blogging Updates!

First, sorry about the lack of MAJOR updates on my end since the LMC80 article.  I'm working on the Madine one soon enough, but I will fully admit that job applications (actual reasons!) and a bit of playing Fallout 4 Sunday night (John, you lazy oaf! I don't care if you're finally at the good point in the story and have stopped doing side quests, back to the Armada mines!) got in the way.  Madine is coming, I promise, but my tomorrow is a bit busy, so it'll likely be the end of the week.  Then I'll start hitting the Wave 5 squadrons soon too.  I'll be honest, in that I'm trying to put off Sato until I can find a way to get him to work for me.  I have PLANS, but they may need a Hammerhead to come to fruition....

The OTHER thing I wanted to bring up is a recent comment on the Rieekan post from Graeme.

I'm hearing that a lot of the top rebel lists for worlds this year were reeikan lists. Might be nice to update this article with some of them if you find any. I have never used him yet but for store championship coming soon might switch from Dodonna to him :)

First, Graeme, I hope you don't mind me throwing your comment out here.  I figured it might get a little more traffic than in the comments of the Rieekan article, and it lets me blather on for a bit about it all, haha.

Regarding Worlds 2017, Eric and I and a few of our friends have talked to each other about the results and everything they entail.  At the moment, Eric and I don't plan on addressing Worlds (well, beyond this post, I suppose).  We might come back to it if/when we get time later, but at the moment we don't have anything of actual note to say about the results and lists.  We see what happened, just like you all do, and we're concerned about it as well.  From what I've heard, the people who talked to Michael Gernes (the guy actually in charge of Armada, who, if he's reading our blog, welcome Mr. Gernes!) say that he's SUPER invested in the game.  So I'm sure he ALSO sees those final standings and wants to do something about it.  He doesn't want to turn Armada into the Rieekan Game, as I think we'd all get bored Going to a Dead Man's Party repeatedly.

Eric and I don't have current Buzzfeed list plans on What Needs to Change to Keep Armada from Dying (Number 3 will Electroshock You!), as that's just us talking past each other and you, not actually contributing meaningful discussion here.  So we're not going to try to Fix Armada.  I don't have a degree in Game Design, so it's not worth it.
The best advice I can offer at the moment is twofold: first, wait for wave 6.  Sloan is going to shoot defense tokens out from under aces FAST, and we'll see what happens to that list then.  Plus with Hammerheads and the Boarding Engineers hitting carriers, let's see what goes down there?

Second, the best thing to do to deal with it is to look at what options you currently have available.  And if you want my honest opinion, Raiders with Flechette Torpedos can get a LOT done against it in your current meta.  Eric's Raiders have squished my squadrons like bugs on a windshield more often than I can count.  I can't claim they'll solve EVERY problem, but they're a good start.  Learning to fly them takes time, but I promise that if you get deadly with them, they'll become one of your favorite ships (yes, the REBEL is advocating learning IMPERIAL ships.  I'm shocked too!).  As for Rebels, massed YT-2400s is an answer, but one I can't just keep recommending that EVERY time.  Give me some time to come up with a current solution or two for Our Side.

Lastly, we are planning on going back and updating all the posts at some point.  Especially when a new wave comes out, and new upgrades, ships, and turbolasers/ordnance (see, I can spell it right when informed I was doing it wrong, haha!) appear to be fielded on ships.  I can't promise WHEN it'll all happen, but Eric and I view this as a resource for everyone, so we want to keep it updated as much as possible.  So, alterations to articles will happen eventually?

Thanks, as always, for reading.

A Quick Thanks to All our Readers

So Eric and I attended a Meet-and-Greet slash viewing party for an Internet Celebrity we like last night (Specifically, Nostalgia Critic - give him a watch, he's pretty correct in ripping apart terrible movies we watched growing up.  His review of Batman and Robin is STILL right and on task with how dumb that movie was....) and during the Q&A portion, someone asked the cast a question along the lines of "How does it feel knowing you've impacted so many people's lives?"  Their response is very similar to our feelings with your guys, so I'll post ours below.

I want to say thank you to everyone who reads this blog and finds us helpful.  Eric and I started this as we just wanted somewhere we could write down all of our thoughts about the game and have an easier place to just refer people back to when we wanted to expand on a topic.  It's really easy for me to yell "Git Gud!" with squadrons as I play a game, but that helps no one and doesn't get the community to grow.  What DOES help is giving people the ability to read some ways we've found of running things, in a format that you can both read and remember at your own pace, so it's not a datadump of information for you during the middle of a game.

When people comment on our posts or on the forums saying "Thank you!" or "Great article!" or "So helpful!" it really makes us feel great, and I'm glad to know that our advice is helpful AND that people are reading us.  Knowing that we're helping people get better at the game we both enjoy is just a great feeling for us, and I'm glad that people find us intelligible enough to read and follow our advice.  If we didn't have you guys reading us, this whole site would be just Eric and me yelling into the void.

So I can keep saying "Thank you," repeatedly (John? Wordy? NEVER!) but I'll just close this out by saying "Thank you all, we're not going anywhere, we're glad you're all here reading us.  It's just great that people like us all.  May the Fourth be with you all." 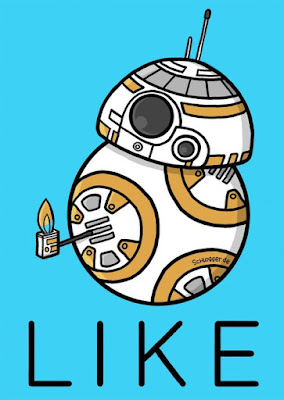