"You are a member of the rebel alliance, and a traitor.” 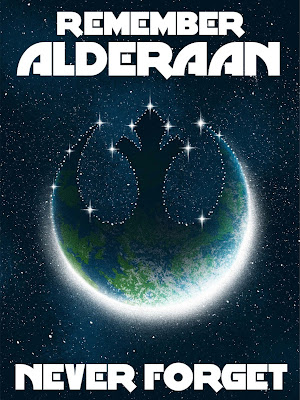 Greetings from the rebellious side of things. I'm John, and I'll be your primary commentator on Rebel leanings, tactics, ship loadouts, and various other things. My little introduction of who I am and why I'm doing this. As Eric said previously, we're two old friends who play way too much Armada. Eric and I have been playing since Wave I, where WE were the entire meta at the game store. He tends towards Imperial things (order, discipline, big pointy triangles) while I lean Rebel (squadrons, side arcs, zany schemes).

As Eric said, we're going to try making this a guide for less experienced players. Eric will tend to do most of the Imperial lifting, and I'll be your Rebel guide. He has played some Rebel games, and I've.... acknowledged that he plays Imperial, haha. With a less than populous Rebel Alliance in our meta (I think we're up to 4 out of 11-12ish players now?), I stick with what I know just to provide an opposite side. Well, that, and I love the MC30/MC80 (FISH LIFE), the Rebel ships, squadron v squadron combat, Rebel hero units, Rebel cards, bombing capital ships with X-Wings, B-Wings, Y-Wings, etc, desperate attacks that may or may not work out based on 12% of a plan and some luck..... It's a good life on the Rebel side.

In the analytical articles, I'll post all the information I've found especially helpful. Game writeups I'll try to get into analysis of why I did WHAT I did (and if it worked or not, haha), and why I built a specific list to be a certain way. I'm willing to try something weird once or twice in order to see if it works out. Sometimes it does, and sometimes you get my Madine list with 2 LMC80s and 1 HMC80. Fun, but not super strong. Oh, but so much fun.

First up for us both: squadrons and squadron roles/choices
Posted by geek19 at 1/27/2017 No comments:

Welcome to Cannot Get Your Ship Out, a Star Wars Armada blog co-written by two friends (Eric and John) who play way too much Armada and want to keep telling other people about it too. At the moment, it's under heavy construction. We'd like to get some articles lined up prior to really linking to the blog, but if you stumbled across it on your own, please be assured there will be meaningful content here soon.

A quick side note: we're both new to blogging although we're old hands at minis wargaming. Expect a bit of tinkering around the edges with formatting and layouts and the like until we get a result we're happy with.

Our early focus is to provide a resource hub for newer/less experienced players. To that end, expect a lot of squadron, ship, and upgrade breakdowns as well as usage guides (squadrons, black dice ships, fleet building, deployment, etc.) and objective selection discussions. That alone should provide for massive piles of content.