Geek again, in my traditional blue. I've been able to get noted podcast host Fox "Left Foot of Space Cthulhu" Omega to write up the C-ROC Gozanti article.  He will be appearing below in orange, and anything I add will be in my blue, as always. On with the show!
If you were one of those people who was screaming “Separatists deserve another small!”: Firstly, please stop shouting, and secondly, look no further than the C-ROC Gozanti-class Light Cruiser! A welcome addition to the CIS armada thanks to Rapid Reinforcements I. The basic stats of the chassis are essentially the same, but there are also some significant differences that allow you to build some wacky things, so we will touch on that in a bit. Onward!

Keep Exploding You Cowards: Trials and Tribulations of a Grievous Fleet

Hey everyone. Your friendly neighborhood Truthiness here, back again to break down another one of my crazy fleets. Despite our “latest” podcast saying otherwise, I won’t be taking Yularen to the NOVA Open. In the month it took to edit and publish that podcast (yeah…sorry about that), I burned out on the Yularen fleet pretty hard. While absolutely deadly, it requires a precision of play that wears you down after a while, with a single mistake compounding quickly. I might pick it up again some time, but for now I’ve moved onto a different fleet. While I had my Hera X-Wings in my back pocket, I didn’t really want to fly another squadron heavy fleet. They’ve been all the rage in the meta again lately, and lord forbid I ever do something that’s popular. After some solid input from FoxOmega and Formynder, I settled on what has become an incredibly fun Separatist fleet.

I’ve mentioned this in a number of places at this point, but I’ll say it one more time: Grievous is the most thematic card in the entire game. I think the reason a lot of people don’t care for him is because most competitive Armada players are pretty conservative. The focus of a great many players, especially of late, is on castling and preserving points. Grievous, plain and simple, doesn’t work like that. Using him as a commander requires you to lean heavily into the ol’ cyborg’s persona. You have millions of droids and your opponent has underestimated how little you care for their lives. March your droids single file into their weapons until they become clogged with debris. Throw wave and wave at your enemy until that enemy hits their pre-programmed kill limit (no John, I will NOT stop with the Zapp Brannigan references). While I first won a smaller tournament with Grievous over a year ago, that version of the fleet wasn’t particularly well rounded. It was only a three round tournament, and I benefited a good deal from luck and matchups. The process of refining the fleet into something more optimized has been a long road. My goal today is to walk you through the stages of how this fleet came together, and the reasoning for each part.

The initial core theory of this fleet was using Grievous to enable TRCs on Hardcells. While Linked Turbolaser Towers (LTTs) seem to be the most popular turbolaser these days, and there is no doubt they are very well rounded, I have always preferred the certainty of Turbolaser Reroute Circuits (TRCs) for the same cost. Unless you have two evades, though, you end up compromising your defenses. Arquitens, Nebulons, Hardcells, and the like all have difficulty justifying TRCs because of that. With Grievous, however, the theory went that by bringing defense tokens back, I could afford to spend evades freely for both defense and offense on Hardcells.

This aspect of the fleet worked quite well from the outset. There’s something immensely satisfying about using TRCs, then discarding the evade to cancel or re-roll up two dice, then getting that evade back as squadrons explode. I initially paired it with Intensity Firepower (IF) to create a floor of three damage, but ultimately found IF to be more of a luxury than a necessity. The Hardcells typically roll three to four dice depending on if they need a navigate or have the luxury of using a con fire command. With three dice, I found myself only really needing to correct one die, making IF superfluous. With four dice, two blanks would crop up from time to time, but they were also fairly frequently offset by a natural double damage. The result was that I could often count on three damage on four dice. TRC pushes that to five, which typically triggers the use of a brace. The difference between five damage and six damage against a brace is zero. That realization helped loosen what I felt were the requirements I needed in the fleet, leaving three Hardcells with TRCs and Reserve Hangar Decks (RHDs) as the core of the future fleet. Throughout every iteration of the fleet, those three ships have been the best and most reliable part of it.

The Hardcells themselves, however, wouldn’t really be able to do what they do without disposable squadrons exploding left and right. The fact that I needed cheap squadrons around wasn’t something that was ever really up in the air. It was the exact type of squadrons and the appropriate support elements that was a bit harder to nail down. I started off with three Vulture droids and alternated between the Tri-Fighter Aces. These worked fine enough in getting Grievous procs, especially with objectives like Asteroid Tactics and Infested Fields which would eat my own squadrons.

However, I found my squadron often just getting eaten quickly by heavy squadron wings. This was a two fold problem. First, with so few squadrons in terms of raw numbers, I couldn’t cover that much ground, leaving me unable to cover my ships as I’d like. I came to the conclusion that two Vultures was more valuable to me than either Ace, both in terms of offensive firepower and sheer numbers. Second, I didn’t have much of a plan for pushing the squadrons I had. How my initial fleets were set up, I could only dedicate a single command to get my Vultures into their initial positions. After that, they would just sit around, tying things up and exploding. I tried supplementing with TI-99, but that created a limited bubble for protection as well. I eventually realized that I needed to tool my flagship to be a dedicated squad pusher.

The Search for a Flagship

As discussed earlier, the initial fleet was led by a Providence class carrier so that I could get access to IF. I have largely soured on the Providence for a number of reasons. I found both playing with it and against it that you can often force it into a sub-optimal deployment and force it out of the critical turns of a game. Its short range armament combined with its high cost made it ill suited to my needs. In addition, it struggles a bit as a dedicated carrier due to its more limited navigation chart at speed three.

The next ship I tried was a Munificent, which I’ve found to be just as tough as a Providence, but at a significant discount. The cost savings even allowed me enough room to put in a Hardcell Transport with Slicer Tools. However, I found the value of the slicer to be hit or miss. The Munificent was certainly tough, but since I was leaning on the Star Frigate variant so I could have access to Thermal Shields, it wasn’t any better of a carrier. I could have switched over to a Comms Frigate, but I wasn’t comfortable with a speed 2 flagship that didn’t have a way to brace against Onager shots. I also felt I was lacking a flexible piece that could finish off ships that had made it past my Hardcells.

That’s where a Recusant Support Destroyer came in. It turned out to a best of all world solution to my problems. With the Patriot’s Fist title, it was a nasty gunship from long and medium range. That satisfied the finisher role I felt I was lacking. The Support Destroyer also has two offensive retrofit slots and one weapons team slot, allowing me to use Boosted Command and Expanded Hangar Bays in combination with Flight Controllers to not just satisfy, but significantly boost my Vultures. With Tikkes in the officer slot, I could guarantee commanding up to five Vultures in a given turn. Let me tell you, 40 points of Vultures able to spit out TIE Defender levels of anti-squadron attacks with swarm punch well above their weight. The ability to flex to a blue die with AI also gets you a surprisingly reliable accuracy against scatter aces. The native evade of the Recusant also leaned into the same TRC/GG synergies I was going for with my Hardcells. It was such a natural fit that I’m kind of embarrassed it took me so long to try it. The only real downside was it could be fairly fragile if forced into a bad deployment and forced to fight more than one ship at a time.

The selection of the Recusant left me in an awkward place for points. It was cheaper than both Providence and the Muni/Slicer combo, but not enough so that I could fit in another ship. I initial tried Reinforced Blast Doors on the Hardcells, but that was hit or miss. The solution came when I included two Hyenas for a trial run. It was by this point that I noticed I sometimes struggled again squadronless or squad light opponents. While Asteroid Tactics and Infested Field helped, they couldn’t quite get enough juice out of Grievous to justify what were essentially wasted points in the Vultures. If I was forced into first player against a squadron light player, I was at a noticeable disadvantage.

The Hyenas proved dangerous even without a Bomber Command Center to help them. The had to be dealt with by squadron heavy fleets, which meant more explosions for Grievous. Against squadronless or squadron light fleets, it provided an absolutely brutal extra punishment. I’ve come to view them as a combination Walex and red-dice External Racks. If they only attack once, that’s fine. They’re there to throw two red dice and then blow up. Anything extra is just gravy. This was also about the same time I realized that the Tri-Fighter Aces weren’t really pulling their weight. The final piece of the fleet fell into place when I realized I could squeeze out an extra deployment if I replaced the Tri-Fighter Ace with a Vulture and a Hyena, which where the exact same cost as the more expensive of the two Tri-Fighter Aces. That left me with eight deployments, a significant advantage in the current meta. It allowed me to place Patriot’s First last, giving it as much protection as I could.

With the Hyenas firmly in place, I also reconsidered my objectives. Those bombers were proving a far more effective punishment against light squadron wings than Asteroid Tactics or Infested Fields. Instead, I shifted over to point-generating objectives. Volatile Deposits was a natural fit for my Large plus Multiple Small Unit (LMSU) structure. Contested Outpost, though typically thought of as a deployment tell, was well suited to the fleet as well. Because of the significant amount of long range firepower, the fleet can hold down the station with different pieces throughout the game, all while still taking advantage of its eight deployments. 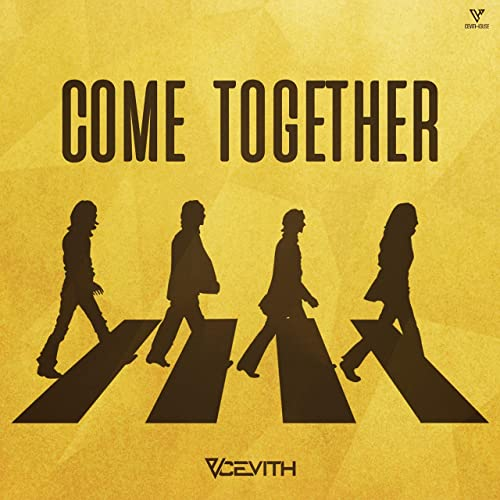 That brings us to the final product. This is the version I'll be using at the NOVA Open. It might not look like much, but it has it where it counts. Wish me luck!