I'm hoping to roll out all the new upgrades I'm responsible for over the next couple days. If you're waiting on turbolasers or Rebel officers, those are John's responsibility and he's going to be busy at the Atlanta regional until Sunday evening, so the earliest ETA on those is early next week. Anyways, let's start with Imperial officers:

Minor clean-ups as we get read for the fanciful bird this Friday:

Updated Sato to include a paragraph about Malee Hurra (short answer: go for it if you want, but if that combo doesn't work it REALLY feels bad)

Updated the Neb article with a fun Vanguard build that Eric heard about on Reddit, the Neb version of the Arquitens Noisy Cricket build.

Now, back towards writing those Starduck articles! Quack quack quack!
Posted by geek19 at 1/26/2020 No comments:

I've made passing reference to this idea in a few of the fleet building 201 articles when discussing hybridizing archetypes as well as a bit in the XI7 Turbolasers article, but I figure the time has come to actually give it the space it needs to really stretch out and run around a little bit: let's talk about damage synergy.

Mothma - I eliminated some ship builds and talked about using her with an Amity.  I also mentioned that Rieekan is an easier to use commander and you need to justify her over him.

Cracken - I eliuminated some ship builds, and I mentioned making sure to make sure why you're choosing this commander over Rieekan/Mothma. He's good against salvo? If you're worried about it, that is.

Garm Bel Iblis - I eliminated builds, pointed you towards some Steel Strategy articles about using him, and advised you against any Comms Net flotillas in your fleet.

Raddus - I addesd a bit about the FAQ changes and mentioned the Profundity bomb option.

Sato - I removed some builds (noticing a theme, are we?), removed some ship descriptions, and I was a little vaguer about the necessary squadrons used with him.  I advise a few ships and squads, and definitely state that if you're not doing black crits you should probably rethink your admiral choice.

Madine - I eliminated a few individual ship builds and added a little more discussion of how to make Madine work for you.  If you're navving, nav hard and be where you don't think your opponent would expect.

And with that, I've updated everything for wave 8.  It's all good, we're ready to go.  I've mentioned in a few articles some of the revealed upgrades from the released Onager, and it looks like I'll need to get on an Agate article and a Starhawk one as well.  And I'm sure I've got some other articles to work on as well!

Biggs and Shmitty graciously decided I was worth listening to, and invited me on the latest Steel Strategy podcast.  Feel free to go over and listen and try out my latest Leia jank fleet.

Ackbar! Eliminated some chaff, redirected a lot of examples and builds to the ship sections!

Raddus! Same chaff elimination, and eliminated a lot of "potentially decent" ships with him.

Dodonna! I added a bit about using him versus choosing Agate instead, and some rearrangements and reorganization of the article.

Rieekan! I eliminated most of the fleet building section and referred you to Eric's fleet archetypes section.

Leia! I eliminated a lot of my meandering and summarized the "common ships" a lot faster.  I kept the "call-and-response" voice in there for organization and it's where I started using it. 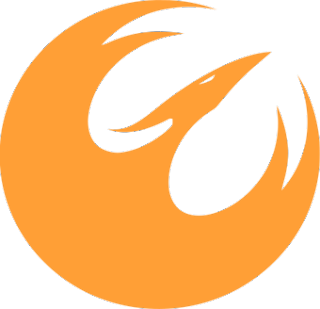