I updated few articles hot on the heels of wave 10 releases. Everything got a bit of minor editing, hyperlink adding to articles that showed up later, etc. In addition:

I'm starting to refer to the DBY-827 Heavy Turbolasers in some of my articles and linking to the turbolaser article. John's got his hands full and hasn't updated the article yet but I'm sure it'll get added in a few days. In the meantime, it's this: 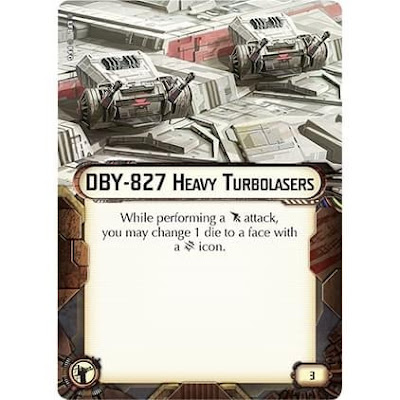