Who's the Bossk Inaugural Tournament

Admiral Ackbar's eyes awoke with a start.  He had just gone to bed and here he was, suddenly on the bridge of an unfamiliar ship. In fact, this ship was so unfamiliar it appeared to be crewed entirely by.... robots? These looked to be Clone Wars vintage droids, when did the Rebellion get a stock of these....? Where was his first officer Walex, where had he ended up, what ship was this, WHAT WAS GOING ON???

His eyes glanced up, out the front viewport, and he saw something to make his fish blood run even colder. Across the distant space, it was a Super Star Destroyer. His 4 fish hearts sank, but he was an Admiral of the Rebellion. He had his duty and would do it, well, admirably.

"Officer!" he called. "Send everything we have at that ship. We'll send it to the bottom of the deep yet."

Dooku was not sure what was happening. One moment he was staring down his master along with a boy who had a hatred in his eyes that gazed at Dooku like he was nothing more than a speck of sand, the next he was onboard a different ship entirely.  The walls had shifted and the Jedi had disappeared. In their place he saw hundreds of.... clones? Their helmets seemed different. And the officers on this ship were all human, including the 2 making out in the corner*.

"Sir, the enemy ships are approaching in attack formation omicron, should we engage?" The nervous looking man looked evasive and generally apologetic, but Dooku glanced out the viewport and saw what looked like 3 Munificents coming towards him. Why was he being attacked? Was this another part of Sidious's plans?

Their laser fire opening up steadied his resolve. No one destroys him or his ship, no matter WHO they thought they were. "Turn towards them and engage" he rasped. "Show them the true power of the dark side. And you two! Quit smooching!"

So, happy April Fool's Day, and welcome to the first (hopefully) annual CGYSO Who's The Bossk Tournament.  In the spirit of "March has been busy" and "the pandemic has made doing a lot of things I'd like to rather difficult at this moment", I'm throwing this together as an event Eric and I have often wanted to do, but haven't really had the time for.

You're going to make a (for almost all intents and purposes) legal 370-point list WITH NO COMMANDER from one faction. (Do not make a 400 point list with a 30 point commander and make me remove it (* I am aware that Minister Tua doesn't go on the SSD, but I needed an Imperial ship with 2 officer slots for the joke and reference, so you get this. Deal.)) Maximum 4 uniques TOTAL in your list (one per 100 points). Squads, titles, officers, time to figure out what makes the cut!

We're going to play a 3-round tournament and each round I will spin a wheel (wheel under construction/theft from Pat Sajak) that will have a commander on it. You will be randomly assigned said commander and use him/her/it to play a game against your opponent under the same restrictions. You might get Ackbar for your Munificents! You might get Sloane for your Clams and ARC-170s! End of 3 rounds, best player wins.  And what do they win? Points towards the 2022 Vassal World Cup Qualification Thing!

When you submit your list, you will also describe it as one of our three archetypes: Big Heavy, Squads, or MSU. One of the rounds I will assign you a commander from that archetype; he/she/it will NOT be from your faction. (This is to ensure that I don't end up giving out Sloane 3 times to someone running squadronless. It's for fun, I'm not trying to be mean here).

Why a 30 point bid? Rough estimate of what each commander averages to. Whoever has the cheaper commander has initiative, so feel free to build to 370, it's not affecting the end point total you have. If you end up with a more expensive commander, congrats on slightly gaming the system and getting Vader or Ackbar or the Emperor himself for "30" points.

What commanders can I get? Anything legal as of tournament start.  Which, speaking of, will be April 16th (convenient, isnt it), so you have 2 weeks to get your lists into me.  Each round will take roughly one week, with the standard caveats of "schedule your games, don't make me give someone an 8-0 for not showing up." Play on Vassal, play on TTS, play in your garage if you can get your opponent there...(default is Vassal).  There IS a special category of "The Garbage Will Do" for 5 commanders (Mothma, Cracken, Tagge, Kon, and ONE CLONE COMMANDER NOT REVEALED YET).  Not because they're garbage, but because they're so specifically related to your fleet construction that if you spin into this one you'll get your choice of options (assuming not your faction).  I'm not going to make someone running a 5 hardcell fleet play Konstantine, who does LITERALLY nothing for them.

There may be some special bonuses showing up (Choose the commander? All Ackbar all the time?) but those will be revealed as things happen and based off your fleet submission answers. Click on the link below and let's find out together who the real Bossk is. 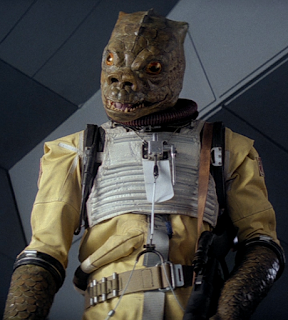