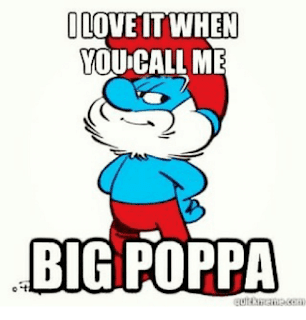 with Tycho, Shara, and 2 VCXs
Most Wanted, Fire Lanes, and Salvage Run

I didn't take pictures (because I'm a derp), but he moved his ships up and Raddus pulled in the MC75 turn 2, right in range of the Liberty going faster than it.  I blew up all the Liberty's tokens and put some damage on it, and then my MC30 killed it next turn.  Near the end of the game, I was able to turn and track down and get enough damage on the MC75 to kill it.  I had lost.... just the 2 GRs, though Admo was walking wounded at the end there.  I had fun playing Abraham, and I'm glad he was able to get out of the house having just had a kid recently.

I can see what he was planning on doing, using Intensify Firepower! and Home One to just keep adding in extra hits to the dice from his Hammerheads.  Knowing what amount of damage Hammerheads can take, I saw a bad time ahead of me.  So, after winning the coin flip (both of us had 400 points on the nose), I decided.... to go first.  Spoiler alert: don't go first against a Raddus list with YOUR OWN Raddus list.  This results in a bad time where your opponent gets to decide where HE'S going to put HIS Raddus drop after you puts yours in.  It's GREAT! (It was not great.)
AFTER I had dropped my MC75 in, Mike dropped in his MC80 (where I was only single arcing HIM but he was double arcing ME).  I wasn't in range of Cham, but his Hondo went off, giving Cham the squadron token he needed anyways.  My Slicer Tools GR75 was....effectively useless against Cham.  Yay.

I was able to kill the Hammerhead that Mike had already activated (the one directly below the Pelta in the picture) when my MC75 activated, but because I WASN'T in short range of Cham, I couldn't kill him before he got to go.  Dumbly, I should have deployed in short range of both and just murdered Cham after he activated, and the other HH as well.  However, wishes, horses, fishes, etc.  I moved in, and Cham went off.  I'm so glad that my MC75 was commanding squadrons for 2 more turns.  Thanks, Mike!

The Garel's Honor then rammed me like a small jerk and gave me JUST the crit I wanted at speed 1: Comms Noise.  So, the MC75 died next turn, and I ended up throwing away Jaina's Light for.... some reason.  I can't even remember WHY.  I got a few of Mike's Hammerheads, but he walked away with this.  Having never played the Raddus v Raddus matchup, I now have a much better idea of what I should do in it.  Namely, try to go second, haha!  Thanks again for the game, Mike!

I was a very helpful opponent to Cliff and gave him lots of advice when I really should have shut the heck up, haha.  I ended up dropping Big Poppa in a place where it was in JUST the side arc of his ISD, but also the side and front arcs of 2 Gozantis I should have been firing on a LOT earlier than I never did and let them die to rams.  They ended up putting 6 total damage or more into me, just eating shields that I needed NOT eaten.  I also engineered a turn too late when I should have been engineering much earlier than I did.  I ended up losing everything but 2 GRs and my squadrons, he lost everything but Konstantine's ISD.

So, I ended up going 1-2 with Raddus, and like I said, I've played him enough to write the Raddus article for the blog.  I like the tools that Raddus has given the Rebellion, but right now I need a break from him.  It was fun playing it, but I wanted something different for Saturday.

Tierfon Yellow Aces
3 CR90A's with TRCs (one with Jaina's Light and Leia Organa)
3 GR75s, one with Bright Hope, Toryn Farr, and BCC
Wedge
Jan
3 VCXs
5 Y-wings
This list came about as a matter of theory crafting a way to bring a bunch of Y-wings in that wasn't just me copying previous Regionals winners and their lists.  I enjoy squadrons, and in the current meta of Large Ships everywhere, they're a marvelous answer to THAT problem.  But I didn't want to run the 2+3 again.  I knew it was good, but I don't have "fun" running it.  It moves up, pushes squadrons at you, B-wings eat your face.  Super.  Glad we're all here, Yavaris is kiiiiiiiiinda some bull, and I say that as a guy who likes using it.  So, mass Y-wing spam was what I wanted to try as it seemed more fun to me at the moment.

I had run this list TWICE before Saturday (one of which was literally the night before, against Eric's and my friend Matt, up from Atlanta.)  I liked what it theoretically could do, but I wasn't ecstatic about the fact that I hadn't run it before.  After last year's Sato debacle (Note: don't bring an untested list to a tournament, you will get stuffed and have a bad day), I was very hesitant against bringing this when I hadn't tested it substantially.  But I loved Leia, and most of my previous attempts to keep doing MSU had run into... issues.  I have more plans, of course, but for now, this seemed like what I was taking.  Thursday's games had been relatively squad-light or even more squad-LESS, so all I had to do was try not to draw into Sloane.  I'd be in trouble against Sloane and a mess of Imperial squadrons, but against a lot of squadron-light players? I'd be fine, and Wedge can put a hell of a hurting on whatever I need to.

So round 1, I of course played Matt from Atlanta.  Dammit.  We had played our lists the night before, and he didn't want to play my Fire Lanes again.

He chose my Most Wanted, and hey look I remembered to take a deployment picture!
We played Most Wanted, and I chose his MC80 (side note for all the pictures: Leia is in the yellow CR90 in all of these).  He ended up pushing the MC75 inwards to attack my ships, and I threw everything I could at his stuff.  The MC75 died, and I ended up losing a CR90 and the Toryn GR.  It was a win, but not a major one for me.  I did have fun, and ended up dropping at least 2 CR90s to speed 0.  I wasn't in range of an Ackbar shot, and I didn't want to wander into it, so, speed zero.  And that's how you stay alive, kids!

Game 2, I ended up playing against Jack, one of our locals who brought a Thrawn list that we had created at dinner on Thursday after all the games (but before Star Wars trivia, which we CRUSHED).  Jack brought:
Arq Command with SFO, Engine Techs, and Quad Battery Turrets (Tarquitens!)
Interdictor Suppression with Brunson, Engine Techs, DCaps, Targeting Scrambler, Grav Shift Reroute, HIE, and the Interdictor Title (Tanky Tech Triangle!)
Kuat with Thrawn, Strat Ad, Darth Vader Boarding Teams, ECM, Leading Shots, ExRax, Chimaera, and Entrapment Formation!
Gozanti with Hondo and Comms Net

So, again, a deployment picture.  The obstacles are all together because I forgot Jack had Grav Shift Reroute and so he threw them to create a path for his ships.
So, I had chosen the Interdictor as the Most Wanted.  I knew the ISD could die, but killing the Interdictor was WAY more important.  Leia moved too cautiously turn 1, and this resulted in her being unable to fire turn 2 and then dying turn 3 to a double arcing Interdictor (again, gotta get familiar with the list better and, you know, NOT be an idiot).  I ended up killing the Most Wanted Interdictor after 3 turns of firing EVERYTHING I HAD at it.  It won't die.  It JUST. WON'T. DIE.  I killed the Tarquitens, and then started throwing squads at the ISD.  I ended up putting in 9 of the 11 health on it when the game ended.  A very fun game.  Jack had said that he enjoyed the Thrawn list and would definitely be playing around with him a bit from here, which I'm glad he found a way to make Thrawn work.

So, again, a picture from midway through turn 1
I had earlier recommended to Mike that he put Capture the VIP in his list because it was a free 50 points unless someone brought Strategic, which wasn't really seen on Thursday.  My exact words were, "you'll be fine unless you play me." Welllllllllllllllllllllllllllll.

He had sent Tycho and Shara screaming into my front line of squads bottom of 1, so Wedge rolled on Shara and.... 2 accuracies, 4 hits.  Good night, Shara Bey.  My VCXs ended Tycho that turn as well, so my squads had free rein of the battlefield.  I ended up getting 2 of his 3 CR90s and putting a large hurt on Admonition and started putting a hurt on the Pelta.  If I had been smarter, I would have found a way to throw more at Admonition to finish it off before it could run away.  It had 2-3 damage, was out of tokens, and was nearly out of shields.  In short, pushing just a little bit harder would have resulted in my blapping Admo and not the CR90.  I won by about 33 points or so, but it was a hard fought close game.  If I hadn't grabbed the VIP turn 6, that would have been a loss for me.

So what did I learn? That mass Y-wings are super fun and super good.  My opponents kept trying to flak me, over and over, but I ended up losing like 4 Y-wings all day or so.  They just have so much health!  I don't know how I would do against a Sloane list, but I figure if I hit the carrier and run.... I'll still probably lose, haha.  I need to get better with this list (if I wanted to develop it), but it's actually SUPER fun throwing a mess of squadrons at my problems (as I always remember when I do it!).  Plus with all the big ships around, it's super solid at dealing with Large bases, just eating shields and ships like crazy.  Wedge and Jan handle whatever I need to handle, and if they can't do it, the Y-wings can.  I'd love to find a way to squeeze Lando in there, but short of cutting a VCX for something, I have no idea what I would do.  And letting me Relay squadrons all over the place is way more fun than only being able to Relay 2 of them.
Adepticon was fun and as always, I'm glad I went.