Hit the jump for the newest and zaniest plan!

Back in the days of yore, Eric and I used to play Warmachine.  I have many thoughts on the game, none of which are relevant here nor on an Armada blog. The important thing is every year they would have a tournament called "Foodmachine" where you could donate cans of food to a local food shelter and get extra rerolls, more broken rules, etc etc.  The rules took a backseat to fun and goofiness for charity, and everyone had a great time.  So, I mentioned this to my friend Cory up in the northwest and he ran a tournament IRL recently.

Luckily, no, above GIF! So we're bringing it online and it's time for the BIG Holiday Tournament of Questionable Legality! We're going to play a 3 round tournament online starting DECEMBER 11TH (it's been a busy November, I'm sorry) which means I need your fleet submitted by DECEMBER 10TH AT MIDNIGHT.  This point will be reiterated below.

Also make sure you've signed up for our Discord for match scheduling!

We're doing this tournament for charity; specifically Heifer International. All your donations that you make are going to them, and the money you donate is going to translate in a 1 for 1 basis into "Cheat Points."  Each cheat point is either spent in Fleet-Building (max 30 Cheat Points) or in-game (no max; can re-buy between rounds if you DESPERATELY want to since it's all going to charity). 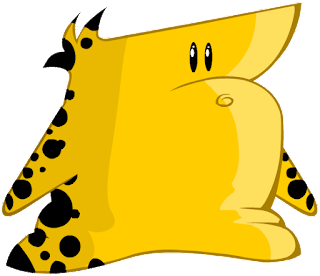 Each of the Cheat Points is going to break some fundamental rule of the game, but this is for charity and it's all in fun, so try to be cool about it?  Think of these like a menu, and pick the ones you want the most:

Each thing you want is going to require some of your $30 budget.  If you're playing a Rebel fleet and you want Maarek Stele as your 5th ace, you'll need to purchase "A Friend to All" and "One X-wing? Great" together for a total of $4+$7.  All these extra units aren't FREE, for that matter.  If you want Luke as your 5th ace in the Empire, he still costs 20 points of your 134.  If you need that 3rd GR75, it's coming out of your 400-410 (depending on how much you spent).  But if you want to include 2 generic TIE fighters in your CIS fleet, it's "A Friend to All" and "A Friend to All" for $4+$4. If you want Mauler and Howl in your GAR as the 4th and 5th aces.... $4, $4, and $7.
If you DESPERATELY want to field an Executor, Heifer International gets a pig out of it (hence the name. You can also buy a sheep or goat or whatever.  But a pig level of money, individually, minimum).  You're then going to need to kick in at least $1 more to ensure you can equip a commander to it, of course.  But if you want Agate driving the Executor, that's "Now Under the Control...." combined with "Greedy Little Pig" and "Pitiful Little Band."  WAIT JOHN'S ALLOWING THE EXECUTOR WHAAAAAAAAT.  Hang on a minute.  Let's look at the unlimited cheats.  Each one can be played once, at the specified time.
Spend 'em if You Got 'em (unlimited, so long as you have the money for it)
build my own list, Truth builds it for me, or Biggs builds it.  If one of them has the most money by next Friday, THEY get to design my list for me.  Truth has promised he's giving me the most cut throat and evil thing he can think of, so if you want to watch me pilot it like a drunken rhino doing a waltz, donate to him.  Biggs, I'm sure, is going to jank so hard that it's going to make me look normal by comparison.  Whoever you wish to send extra money to will ALSO be in the questionaire, so answer everything in there, basically.
Is there prizes for this? I'm working on it, basically? And need to get on THAT as well.  That's why I'm asking for your address in the questionaire, and I will NOT be transferring that over to the usual spreadsheet.  If you'd REALLY prefer keeping that private entirely, you know my email.  But I promise not to broadcast it.
What's the schedule like for this? New rounds as soon as possible, preferably starting each Saturday.  So, December 11th, December 18th, December 25th.  I can push them a bit, but we DO have a World Cup in January to start developing.... So, hopefully done by the New Year.  Which means...
FLEETS ARE DUE DECEMBER 10TH AT MIDNIGHT EASTERN I NEED TO MAKE THIS ALL FOR EVERYONE
Link to Fleet Submission and Entrance: https://docs.google.com/forms/d/1C8sBAmWUNar81tThOYRbNrlghai-uKHqCwtPUkjeb9k/edit
Link to Game Submission form: https://docs.google.com/forms/d/186opk58A637RHPeIUYD12MtAT8aPn4C8MxdwMCyhSBg/edit